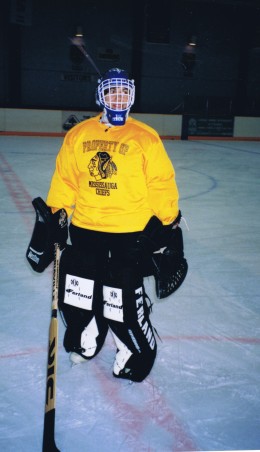 When I was young I always wanted to play hockey but never got the chance so when the opportunity came to film a half hour show about girl’s hockey I was absolutely thrilled.  I ended up playing goalie.  We filmed in Mississauga, Ontario and some of the Mississauga Chief’s players like Margot Page, who later went on to play for Team Canada, joined us.  They definitely went easy on me that day in October 1996.  It was just total fun.